Edel Assanti is pleased to present an exhibition of new work by Jodie Carey.

The exhibition explores ancient yet timeless traditions of commemoration, drawing inspiration from disparate cultural sources from Scandinavia to South East Asia, the Neolithic to modern. Carey discernibly assimilates these practices in the creation of the three series that comprise the exhibition: large-scale plaster urns, wall based canvas hangings and pencil wall drawings.

As with previous series, the monumentality of the works in the exhibition is contrasted by the vulnerability of the ephemeral materials Carey employs in their making. The large sculptures develop ideas explored in work produced for an exhibition at the Freud Museum last year. Made of plaster, they begin as solid blocks which are then hollowed and carved by hand. The removed plaster rubble litters the floor surrounding the urns, intentionally tying the sculpture to their process of creation. The quiet reverence of these imposing anonymous forms recalls the Plain of Jars, a prehistoric burial site in Laos where thousands of megalithic jars are clustered together.

Carey produces the wall hangings by dying and dipping long strips of canvas in plaster, weaving them together whilst the plaster is in its drying stages, further developing the surfaces using pencil shading. Despite bearing no discernible narrative, in medium and appearance they recall folk-traditions of recording and recounting collective memory through tapestries and quilt making.

The polymorphous wall drawings are executed using colouring pencils, a medium selected for its naivety and delicacy. The pastel colours and idiosyncratic nature of colouring induce childhood nostalgia, whilst the act of wall drawing itself refers to the most ancient practice of recording human history and memory. Taking the character of memory itself, these are erasable, fluid artworks, evolving and adapting to each situation in which they reappear. 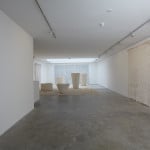 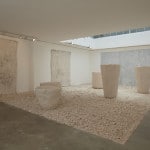 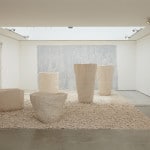 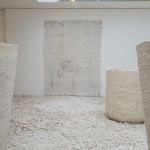 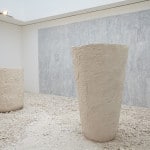 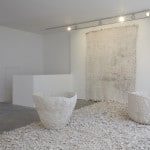 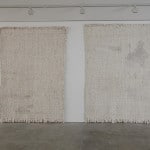 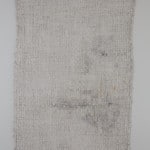 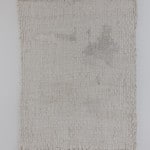 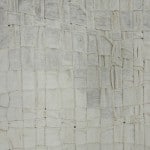