Jodie Carey’s practice has consistently focused on an exploration of time, memory and materiality, absence and loss, of time passing and memories fading.  Ultimately, she is concerned with the fragility and vulnerability of human life.

The starting point for her new work, commissioned especially for this exhibition at The New Art Gallery Walsall, is a simple bouquet of flowers.  Flowers are given to others as gifts of love, thanks, honour or respect.  Their vibrancy and vitality might be seen to celebrate life.  Yet ironically, once flowers are cut, they are already dying, creating a potent symbol of mortality which is deeply rooted in the history of art.

Flowers have recurred as a motif throughout Carey’s practice.  Earlier works comprised elaborate flower arrangements, the flowers themselves created from newspaper, often soaked or dusted with blood, bone or ash.  Whist the representation of the flowers themselves remained both literal and symbolic, the vulnerability of the body and themes around mortality are addressed through the use of materials actually derived from the body.

This exhibition marks a significant moment in Carey’s practice.  Gradually, she has been paring away literal and representational elements of her work to arrive at a more abstract practice that still remains loaded with poignancy and elegance.

Untitled (Bouquet) indirectly provides the title for the show, Solomon’s Knot. This is an epic work that is suspended from the gallery ceiling.   What appears initially to be quite a simple work belies a complex process of production.  The thread used to hand-crochet this work has been coloured by the artist using dyes created from the individual flowers from a bouquet.  Carey has then engaged in the arduous process of crocheting by hand, a skill that she learned especially to create this work.  Craft has always been a significant element within her work and she has often worked with crafts that are under-valued and which have more traditionally been associated with women.

The choice of the stitch is also significant.  Technically, Solomon’s Knot is a stitch that appears similar to lace-making but is quite loose.  The construction of the work reveals flaws and imperfections across the surface, characteristic of work created by hand.   Conceptually, the choice of stitch is also significant.  Solomon’s Knot as a motif can be traced back as far as Roman mosaic work.  It has been embraced by diverse cultures across time and has been applied across a wide range of crafts.  It has been associated with wisdom and knowledge.  As it has no end and no beginning, it is also commonly associated with immortality and eternity.  It is also called The Lover’s Knot as it incorporates two entwined shapes.

This work is tall and elegant, monumental yet fragile.  It is a work almost entirely created by the artist using natural materials and craft techniques.  The original bouquet of flowers has been transformed into this beautiful and captivating work which resonates with references to time passing, mortality and commemoration.

A further sculptural installation consists of seven monumental plaster slabs, carefully arranged within the gallery.  At first glance, they conjure up a range of associations from gravestones to ancient stone circles such as Stonehenge to the epic sculptural installations made of lead by American artist Richard Serra.

Like Untitled (Bouquet), the apparent simplicity of the work belies a long and gruelling process of creation.  Each of the slabs has been hand-cast by the artist in plaster.  Plaster is a natural material which is commonly used to create sculpture, but traditionally, it was often regarded as the poor relation of materials such as marble or bronze.  Plaster would be the material used for maquettes or for making facsimiles of classical sculptures.  It has been regarded as a material associated with the transient rather than the permanent.  Here it is elevated to the primary material for this installation.

Like Untitled (Bouquet), the slabs are both monumental and fragile.  They are heavy and challenging to handle yet they retain a strong sense of vulnerability.  The front of each slab has been meticulously hand-coloured by the artist using pencil crayon, a medium chosen for its naivety and its fragility.  Part of the colour is absorbed into the porous surface of the plaster and it can easily be rubbed or brushed away.  The colouring evokes the marking of time, whilst also emphasising the irregular and imperfect surfaces of the slabs, air bubbles and differences of texture gaining heightened visibility through the application of colour.

The backs of the slabs are purposely exposed to reveal evidence of the materials used and the process of creation.   In a consideration of how to anchor the works safely within the space, the artist has chosen to adopt a very practical solution with the use of timber stands and filled hand-made hessian sand-bags which effectively become an integral part of the sculptural whole.

Elegy, a series of five framed black and white prints, shows wilting flowers in vases against makeshift fabric backdrops.  The original source material for these works was a series of rare glass plates used as part of photographic processes rarely used since the 1920s.  Their appeal to the artist is easy to see.  Not only do they represent a forgotten and now redundant skill, but the subject re-aligns us with the original bouquet of flowers and the theme of mortality so frequently considered throughout the history of art and literature.  The plates have been scanned and then printed.  One of the prints has a flash of blue where the plate had been damaged over time.  The artist has made no attempt to correct this, cherishing the signs of history evoked through these works.

The contemplation of mortality, of memorials and of the passing of time, is frequently addressed throughout the history of art.  Jodie Carey eloquently continues this tradition, utilising ideas, materials, processes and techniques which weave together elements of the contemporary and the traditional to create compelling and poignant works, full of elegance, gravity, commitment and poetry. 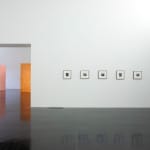 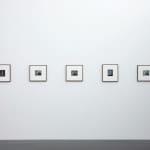 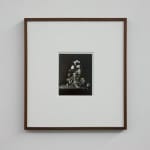 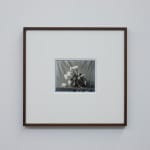 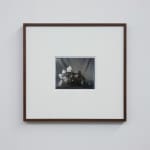 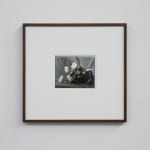 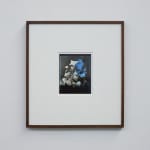 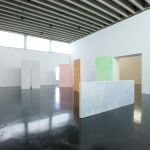 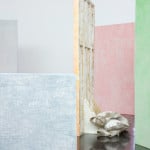 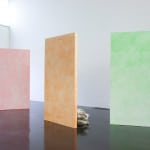 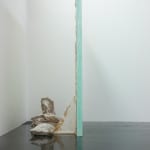 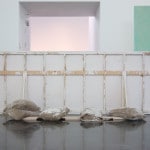 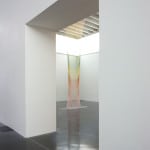 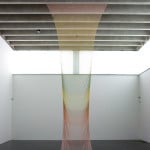 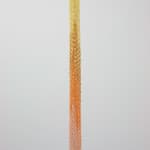 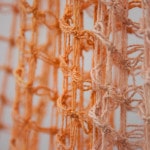