Throughout her work, British artist Jodie Carey has concerned herself with the complex dynamic between remembering and letting go. Carey’s works represent a bid to trace the idea of mortality while simultaneously setting it against a moment of retaining. The result is an obscuring of the lines that usually divide documentary archive and poetic, narrative elements. In the case of Carey’s works, these two seemingly opposed methods of recording are carefully woven together.

The question of material sits at the core of Carey’s work. The artist uses materials that are at times mundane – dust or cigarette ash – while at other times loaded with symbolic meaning; blood or bone fragments. These materials, however, consistently transcend the level of pure materiality: Carey is interested in materials that derive from the actual object or moment that she is concerned with. Using this approach, Carey attempts to create authentic moments of memorialisation. Much like religious relics, the artist’s works are not merely a symbolic representation but rather the repository of a material essence. In this duality, we see the reinforcement of a remembering that is so typical of Carey’s work.

But Carey’s works never function as mere replacements for that which is disappearing. They refrain from being static memorials or pure aesthetic representations of what has been lost. The works are deeply melancholic, referencing an emptiness and a loss. The artist thus moulds her work into being a visible sign for this underlying mortality rather than shrouding its ubiquity. With this approach, Carey renders the realm of the lost an invisible and intangible part of her work. The artist’s aspiration to find an appropriate presentation of the material reflects our own quest for a meaningful – perhaps even dignified – treatment of those moments and objects that we strive to secure in our own memory.

With Shroud, a work specially conceived for the Veterinary Anatomical Theatre (at Humboldt University), Carey manages to survey the site anew using as a baseline the subject matter of her work. In this way, the artist offers a complex reading of the particular atmosphere of the Theatre and her own work.

The Veterinary Anatomical Theatre is one of the most significant buildings on the Berlin architectural landscape. Designed by Carl Gotthard Langhans at the request of King Friedrich Wilhelm II of Prussia, the Theatre was built between 1789 and 1790 – concurrent to the construction of the Brandenburg Gate, also designed by Langhans. The Auditorium – topped off with a dome and gracefully tiered benches – forms the focal point of this architectural masterpiece. The outstanding example of Berlin Neoclassicism is located on the historic Humboldt campus between Invalidenstrasse and Friedrichstrasse. The Veterinary Anatomical Theatre remains the oldest standing academic building in Berlin and so occupies a pre-eminent position in the cultural history of the city. Initially opened as part of the royal school of veterinary medicine, the Theatre was later subsumed into Humboldt’s faculty of veterinary medicine. From this point on, it served as a locus of university teaching and research. Between 2005 and 2012, the building underwent an exemplary renovation. Today, the Veterinary Anatomical Theatre is used by the Hermann von Helmholtz-Zentrum für Kulturtechnik – part of Humboldt University. Shroud is the first contemporary art show in the building’s history.

For this site-specific installation, the artist has employed powder that she painstakingly quarried from bones. The finely applied bone dust conveys an impression of fragile lightness that is contrasted by the work’s extensiveness and sheer mass: over 250 kg of bone powder spread over nearly 300 sqm of space. The formal outlines of the work appear to flow into the adjacent rooms and old library from that very spot in the auditorium where once the dissecting tables were moved up from the cellars. Accepting and adopting the outlines of the building, the installation respects the architectural integrity of the historic ensemble both on an aesthetic and conceptual level. In this way the building does not simply act as a mere backdrop to the exhibit but is rather foregrounded as an element of the artistic work itself. With Shroud, Carey responds in full awareness to the space and instead of simply overriding that which is already there, the artist speaks both with and through the space.

The installation makes a bid to supply the space with an atmospheric charge and to make visible that which is no longer accessible. It is a bid made taking into consideration the prolific history of the site. Delicately laid across the floor of the space, the finely ground bones function as a subtle reference to this rich past and through this the artist infuses the space with a moment of remembering, a moment of holding on. Yet ultimately Carey’s work expands beyond its immediate, concrete context to develop a narrative about the historical reach of a location in overall terms.

On a thematic level, Shroud also reflects the spirit of the Theatre as well as the historic uses the site has been put to. Just as Carey’s work has confronted the mechanisms and representational modalities of mortality, the Veterinary Anatomical Theatre has been a site devoted to the research of these precise issues. It is a site where work and space intersect and engage in dialogue – and it is this intersection of work and space that allow the installation and spatial context to connect in an autonomous position. The Theatre is a location where the basic questions about the dynamics of life have always been the main focus. And so – almost of its own accord – the Veterinary Anatomical Theatre imbibes Carey’s delving, melancholic work. The history of medicine in the early modern and modern periods was about more than just the bald discovery of facts. It was too a not uncontroversial reflection of a particular worldview, a particular view of the self. And it is in this way that Carey’s approach continues to oscillate between delving and poetry, between unalloyed depiction on the one hand, and interpretation on the other.

With Shroud, Jodie Carey has created a work that seizes upon her subject matter at a site that – like no other – lends itself to her narrative. Shroud is thus a work that underscores the questions that have left their imprint on both the site and the artist herself. 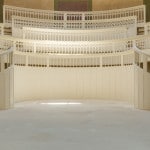 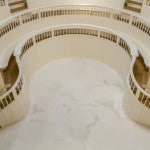 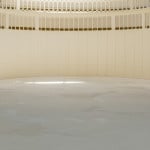 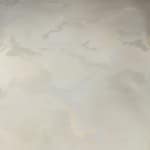 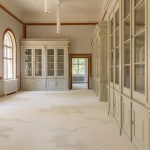 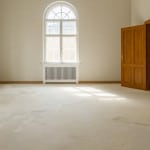 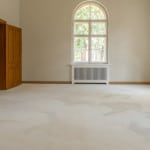 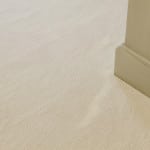 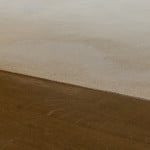