Carey’s two-piece sculpture, commissioned by the Freud Museum specifically for this exhibition, incorporates the themes of loss and longing that Carey has explored in previous works, but also love and dependency. Two dishes, one weathering, one protected, they relate and respond to each other. Their simple forms recall some of the antiquities in Freud’s collection whilst their placement in the garden sites them in the context of Sigmund and Martha’s home.

Carey writes that ‘the work explores the dualism, which runs throughout Freud’s thinking, the combination of opposites and dichotomies that for Freud drive all of human sexuality. The two pieces serve to highlight the conflict between Eros, the life instinct and Thanatos, the death drive. But they also speak of the grief and loss inherent in Freud’s personal collection of antiquities, which began in response to the death of his father. Their position in the front garden unites them with the history of the house, a symbolic pair, recounting the passionate courtship between Martha and Freud, their enduring marriage and Freud’s death, twelve years prior to Martha.’

The pieces retain Carey’s chisel marks, revealing the artistic process of creation and also the natural process of erosion. Whilst one of the sculptures has received a protective coating, the second has been left exposed to the elements. Over the course of the exhibition this second sculpture will wear with the weather: moss and weeds impregnating its surface, colours changing over time, its surface evocative of forgotten gravestones in derelict graveyards. Hand carved, they are imbued with a sensual, tactile quality. Carey’s two-piece work explores life and death, love and loss, desire and rejection. 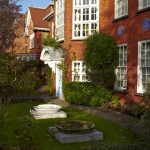 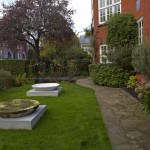 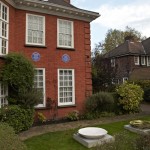 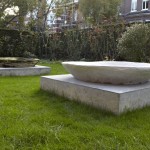 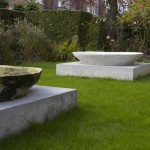 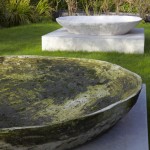 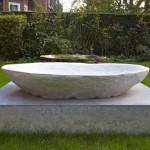 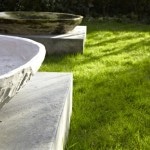 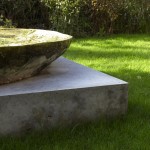 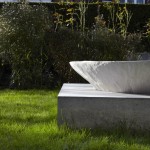