In recent years, Jodie Carey’s practice has developed in interest in abstraction as well as dematerialization and a renewed interest in working with textiles. The works produced for this exhibition take into consideration both the landscape and the history of the area.

Carey drew inspiration for this work directly from the site of Hå. When exploring the site, she came across didactic materials discussing the history of the site. These materials mentioned that in the fifteen hundred years since people had been buried on site, wind and weather had eroded their bones, cloth and wood. These precise materials, in various forms, have been a fixture in Carey’s practice for many years.

Carey has long been interested in issues of time, memory, commemoration and ritual. Her work often features ordinary items that relate to these concepts in various ways including: flowers, lace, chiffon, bone and newspapers. Her interest is in the consistency of such materials, as part of the everyday fabric of our lives; but also on their fleeting materiality as individual objects.

For her exhibition at Hå, Carey has produced two large-scale, minimal in appearance yet incredibly labour intensive installations. On the ground floor, a landscape of woven canvases is carefully scattered about the space. These woven canvases are a new development in Carey’s practice. She spent weeks tearing 100 metres of canvas into strips. She then dyed and dipped the strips in plaster. Once saturated, she carefully wove the strips together to form the large canvases in Untitled (Landscape). This work is multi-layered in its references to craft, tradition and routine.

A large portion of the remains found at Hå were female, and these woven canvases are a subtle yet deliberate attempt to restore female craft traditions, like weaving, to the site. The delicate colours used to dye the canvas mimic the colours of the surrounding landscape. Carey wanted the exhibition to relate to the surrounding landscape at Hå, immediately perceivable through the gallery windows.

Carey studied textile design in university and abandoned this practice to work in sculpture. Recently, she has returned to her foundations in textiles. This return to her use of textiles, has liberated Carey from some of the constraints she began to feel with sculpture.

Carey is concerned with being an artist as communicator, and therefore with being able to physically make the work herself. As such, it is extremely important to her that she be able exercise control over the process, much like the ‘process art’ of the mid-1960s.1 In Carey’s works, the end product always directly relates to the process.

A recent work by Carey, entitled Untitled (Bouquet) signalled a return to these roots in textiles and is an important precursor to the works produced for this exhibition. Carey used a bouquet of flowers as the start of this work, using the colours from the bouquet to make dye for the cotton yard that she then crocheted into a hanging, sculptural object. The bouquet’s rainbow of colours generated a method of using ‘found’ colour in her practice.

The canvases produced for Hå employ some of these same colours – with their proximity to the landscape highlighting the broad palette found in nature from the setting sun as it reflects on the water to the shoreline and surrounding fields.

In the upper gallery, Carey was interested in producing a work that responded directly to the unique atmosphere. The atmosphere on the upper level is exactly the same as that outside. Here, Carey wanted to work with paper, as it would respond to the environment by degrading over time, just as the other natural materials on site had. For this work, Carey decided to use newspaper, a material that has long formed part of her practice.

Carey sourced one tonne of newspapers all of which had been read. She then spent four days burning the papers down and salvaging the resulting ash. This ash was then carefully sieved to produce the fine dust of Untitled (Newspaper dust). This choice of materials again restores one of the destroyed materials, wood, to the site, albeit in its most dematerialised form.

In recent years, Carey has produced several works using dust, a material she has embraced for its workability and ability to occupy space. This new work at Hå is her largest work to date using newspaper. Her previous works in dust have included materials such as blood and bone that have been finely ground to produce expansive site-specific fields of colour in the buildings where they were exhibited. The selection of these materials points to a process that very much interests Carey – that is, these essential elements of life whose repulsive nature is undermined by their delicate texture and tactile nature in the form of dust. Carey’s choice of materials (blood, bone and newspaper) deliberately allude to the impermanence of life.

Dark night by daylight, the exhibition’s eponymous work, appears as an unremarkable linen canvas from afar. However, it is another example of Carey’s sensitive approach to materials and process. This work is composed of hand-woven linen thread that has been dyed in a gradient, using the newspaper ash in Untitled (Newspaper dust). This small work is mounted on board, rendering the gradient more visible. This grey scale mimics a flow of time, dark fades to light, just as day fades to night.

The works in Dark night by daylight signal the thoughtful approach Carey had to making works that relate both to the site of Hå, and particularly the women who once lived there. These works restore some of the lost materials and traditions to the site, in precarious forms that underscore the timelessness of the transitory nature of our everyday lives. These works also take into account the current landscape of Hå through their site-specificity and their sensitivity to the surrounding landscape of colours and materials.

ends – to reveal the process of the work in the product, indeed as the product. The second imperitive of some Process art was to overcome the no-less-traditional opposition of figure and ground, of a vertical image read against a horizontal field. (Hal Foster et al., Art Since 1900 (London: Thames & Hudson, 2004), 535. 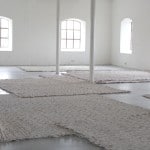 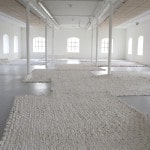 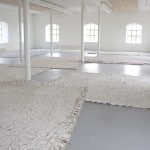 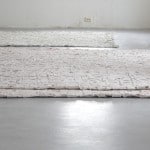 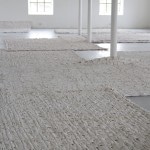 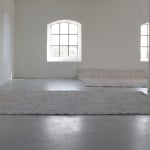 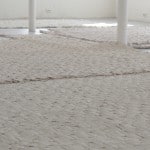 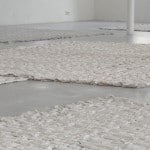 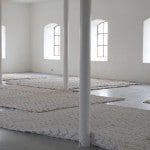 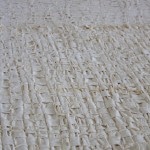 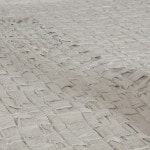 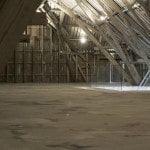 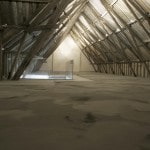 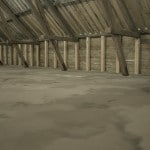 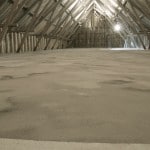 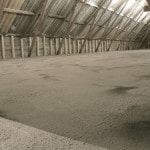 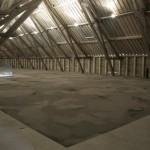 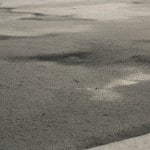